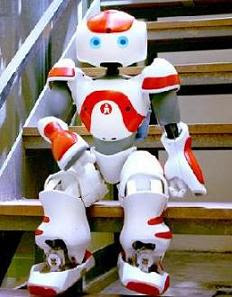 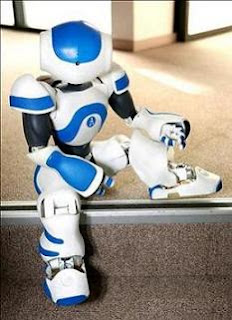 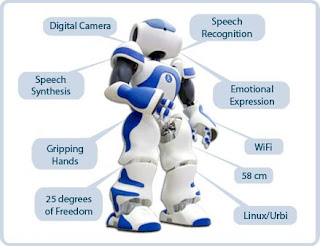 It seems that within the past 3 years there has been an underground movement towards creating humanoid robotics. Many have thought that it was only the Japanese but other countries (Spain, USA, France, etc.) have been moving very fast towards making their own humanoid robot. Bruno Maisonnier, founder of Aldebaran Robotics, founded and launched his company in 2005 to create affordable autonomous humanoid robots. Based out from Paris - France, this small group of just 25 members are set to create the most wanted robot at any home! This great effort is called "Project Nao", a project that is currently creating their first prototype with many interesting features as: intuitive programming interface, evolving behavior via human interaction (similar to MIT's MDS project), WiFi connectivity, LINUX platform, speech synthesis, speech recognition, gripping hands, digital camera and 25 degrees of freedom. The first series will be designed for edu-tainment (educational / entertainment) purposes but eventually these robots will become an autonomous companion for your family! General public release is scheduled for Q4 2008. Oh! By the way, Aldebaran Robotics is looking for some great talent to join their team. These are great times to live!

Inspired by Nikolai Tesla at 5:39 PM

Can you please explain to me how the robot has 25 DOF?
Is it the sum of the DOF's of the arms, legs and what else? The arms have 7 DOF each, how about the rest of the robot parts?

The 25 DOF also includes the hands; you can read more updated information of the Nao Robot here: