JOEBOT - Is Robosapien's walking, talking, interacting cousin with a better sense of humor and rhythm! Joebot is commanded by voice key phrases. He can dance to whatever beat you blast from your speakers. His movements are more fluid and faster than his other family members (Robosapien and Fembot). He has pre-programmed modes like Patrol, Wandering, Talk, Guard and Battle modes to start you off. Joebot seems to follow in the steps of his predecessors as a funny entertainment domestic robot. 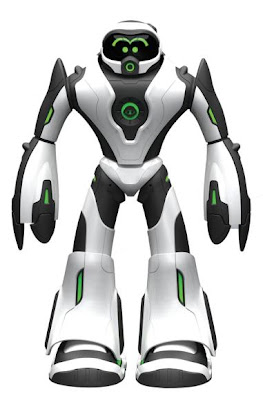 ROBOROVER - Follows the steps of WowWee's "Tribot" and "Mr. Personality" as a talking, tread based, exploring domestic toy robot with an inquisitive personality. RoboRover's personality evolves as he becomes more "confident" with his human friends (something new in the A.I. area for WowWee). RoboRover's head, arms and waist are poseable as well as he is operated via a remote control like his other family members (Robodog, Roboraptor, Robosapien, etc.). 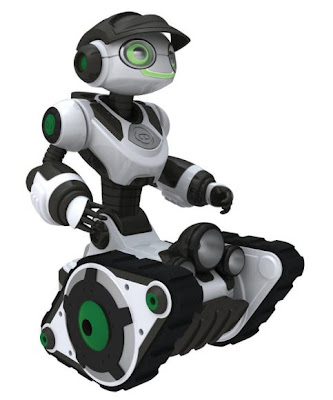 SPYBALL - For me this is the most interesting domestic "toy" robot that will come out from WowWee on 2009. This guy is remote controlled, Wi-Fi enabled and true-life transforming robot! Spyball is designed to be affordable (most likely more economical than his Rovio brother), playful, easy-to-use, rechargeable, on-board retractable spy-cam (shoots stills and video) and sleek wheels that can provide smooth movements with 360 degree turns. The Spyball is able to be setup with access to the web or ad-hoc connection using your home Wi-Fi network to control it (laptop, PC, game console and even your cell phone). This unique robot may reaise the bar to its competitors currently in the market. 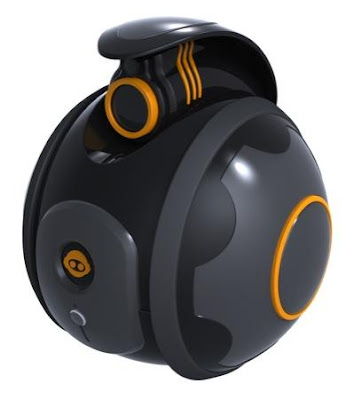 It is great to see domestic robotics companies like WowWee bringing out new or revised version robots to the market in 2009. Some are new version of tried and true designs and others bring new ideas to the table. Let us hope that other domestic robotic companies bring out new ideas as well in 2009.
Inspired by Nikolai Tesla at 12:05 AM