An "area 51" (a.k.a. dreamland) for domestic robot geeks exists. This robotics dreamland can be found in Esslingen, Germany in a company called Festo. Talking about Festo as a robot geek "dreamland" is nothing compared to what you can see and experience! This place makes many dreams come true and some just seem like something out of a Science Fiction book or movie! Festo is a leading supplier of pneumatic and electrical automation technologies for more than 50 years. One of the interesting aspects found at Festo is called "Bionic Learning Network", here they design maximum performance systems with minimal energy my observing designs found in nature. 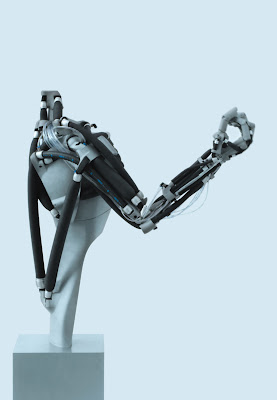 Here you can see the Airic's Arm, designed back in 2007. The arm is composed of 30 "fluidic" (a.k.a. artificial) muscles and very small piezo proportional valves that enable it to move accurately and with rigidity. The Airic's Arm can be introduced into a future humanoid robot in order to assist in dangerous and hazardous situations or to just help around your home. 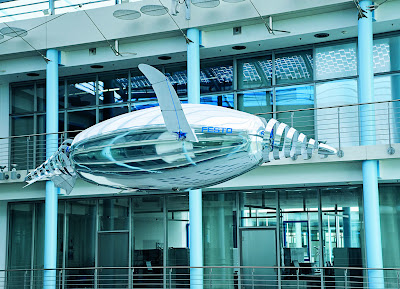 Another very interesting robotic project made by Festo is the "Air Penguin". These flying robots were inspired by the aquatic version of the Festo robot and were designed to fly around autonomously in a defined air space. These robotic creatures can freely explore their area and collaborate with other similar robots. These robots are just awe inspiring to see them fly above you as they were organic creatures from another planet! 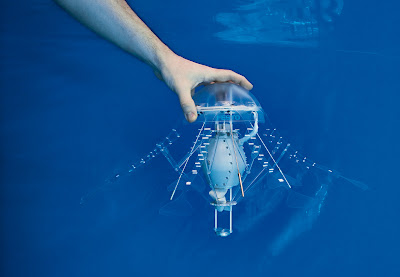 Festo is full of robotic technology "magic" that anyone could easily declare this company as the Dreamland for domestic robot geeks. Festo's "magic" can be found in their will to make their dreams into reality; you have this will within you to make this "magic" as well. Enjoy the video!

Inspired by Nikolai Tesla at 12:01 AM