TOPO: The Future Domestic Robot (Circa 1983) 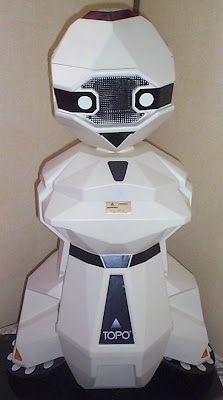 Back in the day before iPhone, Roomba, Google and Tweeter we had one of the first domestic robots called "TOPO". Believe it or not, this robot was admired and wanted by many! I have a friend who still talks about this robot to this day! You have to remember that this robot came out in 1983 and personal computers were still relatively new so you can imagine how "futuristic" this domestic robot seemed back then. Anyways, TOPO was created by Androbot, Inc. (conceived by Nolan Bushnell) as an "Edutainment" (Entertainment-Educative) domestic robot. TOPO was programmed with BASIC on an Apple II personal computer so it can move around your house on pre-set patterns (nothing like your relatively "intelligent" Roomba). You could have purchased this 36 inch tall "computer" on two wheels to move it around for just US$1,600 (1983)! Later versions had a text to speech processor to amuse your friends and psychiatrist. Anyhow, check out this video showing how back in 1983 many thought that "in just a few years these robots will liberate us from mundane and time consuming household chores"...WOW! Its 2009 and we barely have domestic floor cleaning robots. Enjoy! 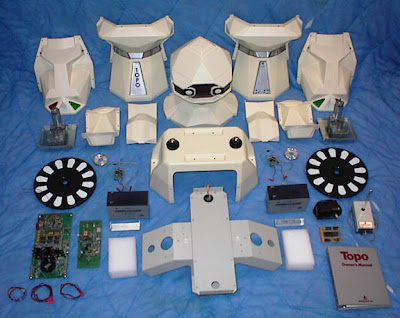 Inspired by Nikolai Tesla at 7:59 PM