A Once Short Lived "Robotic Intelligence" 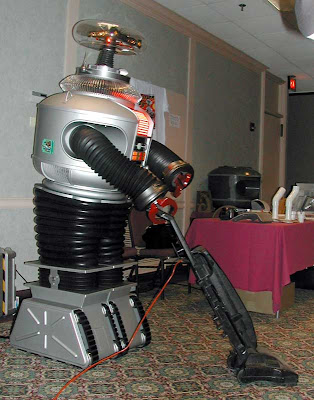 Do you find your domestic robot to be lacking something? How about every single time it goes out to clean your floors, mow your lawn or clean your pool? Sure, it lacks intelligence! They currently can not learn! You let it go and run its pre-programmed "logic" to provide you with a cookie-cutter solution. All of us do not have the same setup at home and these domestic robots will fail in many of those configurations and this is where a "smart", "learning" domestic robot comes in handy. Technology exists to mimic some of this "intelligence" for years! One example of this "intelligence code" existed in a PC game by Anark called "Galapagos: Mendel's Escape" back in 1996. The game used a technology known as Non-stationary Entropic Reduction Mapping (NERM) which allowed the "robotic organism" in the game to learn, adapt, and react much like a living organism. NERM is a special form of controller technology; a controller is a device that accepts inputs and produces an output. A NERM controller is self organizing; it does not require prior knowledge about the system that it will control. All that is required is a special type of feedback from the system. As the controller is used, it will organize itself and "learn". 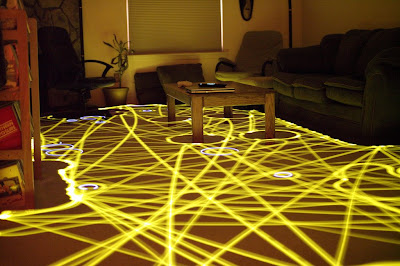 NERM technology is very different from traditional artificial intelligence. In general, artificial intelligence requires a very detailed understanding of the system that it will control or simulate. This is quite problematic; it may be difficult or even impossible to understand relatively complex systems without significantly reducing or simplifying the problem. Unfortunately, the simplification of the problem may lead to an invalid or incomplete understanding of the structure or behavior of the system. NERM approaches this problem from a completely different direction. A NERM controller is a complex system unto itself. It was designed to change its internal form to accommodate the subtle and not-so-subtle nuances of its environment. If its environment changes, the NERM controller will reorganize accordingly. NERM offers significant advantages over other adaptive,controller-oriented technologies. It allows controllers to emerge that may produce multiple outputs, or solutions, for the same input. For example, NERM could allow a robot to express many different behaviors though it is receiving the same stimulus. Sadly this "intelligence code" was abandoned with time and never implemented into any known domestic robot. The interesting thing is that more of this style of "intelligence code" exists and it is just a matter of time for someone to implement it into a domestic robot.

Inspired by Nikolai Tesla at 6:19 PM