Butler In A Box: The Ultimate Domestic Robot? 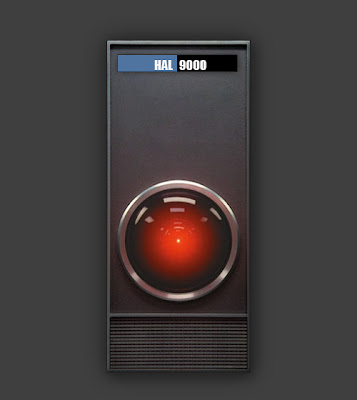 In a previous article I alluded to the fact a robot could basically be called anything that automates a task. However Nikolai (The NS-5 looking android that runs DomesRo.com) and I prescribe to the thought that a robot should be or have some intelligence. An example is, object avoidance, knowledge of its current location etc. In a way we could also say that home automation is a form of domestic robotics.

One product I remember from the "old" days was called “Butler in a Box” that I saw in a HAMfest back in the late 1980’s. It intrigued me because you could program it to control your lights with voice phrases, and the device could also talk back to you. It was pretty advanced for its day.

This type of system tends to conjure up memories of the movies, HAL9000 from "2001:A Space Odyssey" was a computer that ran everything on the ship. The computer/domestic robot in the movie "Demon Seed" takes control of the house and eventually has an offspring with a human trapped inside the house. In the movie "Moon" we have GERTY that helps his human counterpart on his lonely mission of harvasting the moon. Even Star Trek has a domestic automation robot/computer, if you want to change the environment you just ask the computer.

So the question bodes, can we do that today? Can we make our lives easier by having a “Butler in a Box” The answer is yes, they are still around in one form or the other. One of the oldest smart home systems they sell is the popular X-10.

X10 is the device that uses radio over your power line to send a signal to the device to turn it on or off, or other commands. X-10 has been around since the 1970’s. You can turn lights on and off, control your air conditioner , camera’s and sprinkler system with these devices . All you need to get started is a starter kit and install the software on your computer, plug the USB interface into your computer, and setup the schedules for the lights to turn on and off. Another similar product was created by Motorola going by the name of "Homesight" (now owned by Xanboo). While this is an easy way to get started, it is far from what you see in Star Trek.

In the next article I will tell you about a man, who ties X10, GPS for his auto, Roombas, and home security in one beautiful interface.

Thank you for taking the time to read this particular post. Remarks like these make me continue posting ideas and articles about domestic robotics.