Could Serge Be Your Grand Domestic Robot? 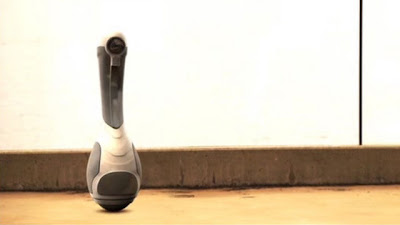 If you are into robotics (as I hope you are, you reading this aren't you?) and enjoy science fiction then surely you have been catching the series called "Caprica". Caprica is a spin off from the successful Battlestar Gallactica series remake. In the Caprica series a domestic robot by the name of Serge works at a home for a human family (Graystone). Serge seems to have been inspired by the Ballbot which is able to balance itself on a single spherical wheel while traveling about but what makes Serge interesting is the effortless ability to interact with humans and their home while providing a soothing human language response to commands. Serge practically is the brain of the home and it is able to freely move within it with a level of artificial intelligence that makes it seem sentient. 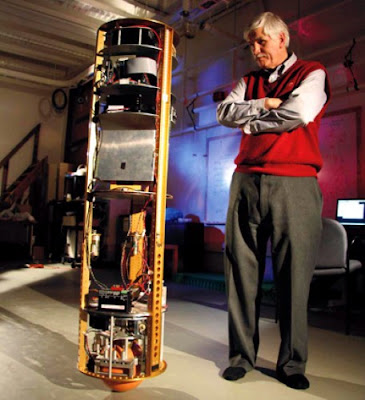 I have always had the idea to create something like Serge today. Many technological aspects already exist today. Here are some basic "ingredients" to create Serge in 2010:

As you can see, the basics are there and it is just a matter of time for someone to start rolling out Serge. Would you have a need for one? As computer are being integrated more and more into other systems (phones, cars, televisions, homes, etc.) it is just a matter of time to have them integrated into domestic robots in the likes of Serge.
Inspired by Nikolai Tesla at 12:01 AM

Have you seen the Anybot QB yet?

Yes! Definitely! But Anybot is an avatar and has no A.I. at the moment but that is the idea.

great robotic approach. I have been investigating the laser SLAM technology from neato and am specially impressed with upgrade version used in the Neato XV-21 with has better processing speed and memory capacity

Thank you for taking the time to read this post and responding to it. I agree that the XV-21 has a better performing SLAM technology. Neato just needs to renew their cleaning mechanism to compete with iRobot's.