Could Qbo be the Model-T of Domestic Robots? 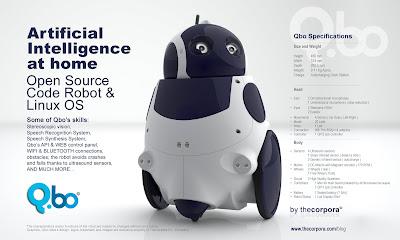 A wonderful thing about the web is that everyday that I am connected to it I find a gem in the world of domestic robotics. Francisco Paz always dreamed about the future and its wonder technologies since he was young boy. He had high hopes of flying cars and autonomous domestic robots running about helping their human friends. Reality is that its 2010, we are living in his "future" but without all wonder technologies he dreamed about. The good thing is that he did not want to wait but instead start it and that is how Qbo (phonetically pronounced CUBO in Spanish which means CUBE) was born.

Francisco knew that robots of all types existed (cleaning, demos, edu-tainment, toys, remote controlled, experimental, etc.) but nothing that was at arms reach of the masses like the Ford Model T was for the automobile industry. He is working on making Qbo to be an open source autonomous robot, with its own A.I., available to the masses! 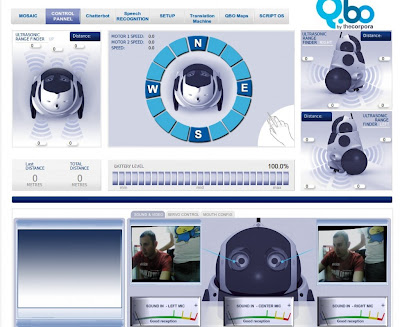 He is designing Qbo to be easily programmed without much programing knowledge but instead will have you interact with the robot with user-friendly GUI in your computer. The nice thing about this open source robot project is that Francisco started this 5 years ago and just recently came out public on April 2010. Currently he is integrating ROS API which was created by Willow Garage (makers of the PR2) into Qbo and is finding it to work very well but they are still undecided to use ROS or their very own API. 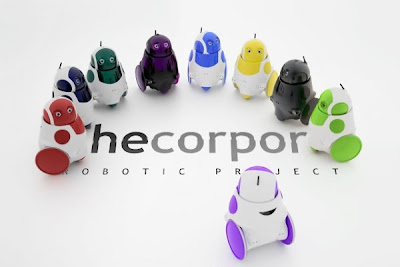 As of this post, Francisco and his team are still developing and improving Qbo since they are doing this project out of their own pockets but he assures us that they can see the finish line to complete it. As of a couple of days ago they have 90% complete with the GUI, 85% with the API development and 90% with the hardware! Not bad if you ask me. We really wish Francisco and his team at The Corpora much success so we can have Qbo visit our labs soon and hope that he does NOT end up like TOPO! Here is a video testing the Qbo servos and head with a Wii remote control. Enjoy!

Inspired by Nikolai Tesla at 12:05 AM