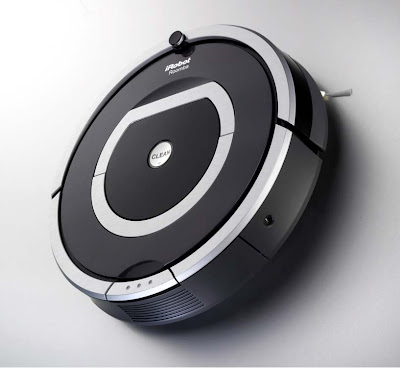 Technology kept walking forward during my "self induced hibernation". One thing I was looking forward was iRobot's new offerings for domestic robotics. To my disappointment I found out that iRobot release only the Roomba 700 and Scooba 200 series floor cleaning robots. Why am I disappointed? A great human engineer/inventor/painter/sculptor by the name of Leonardo da Vinci once said the following very true statement:

"Iron rusts from disuse, stagnant water loses its purity and in cold weather becomes frozen; even so does inaction sap the vigors of the mind."

No revolutionary technology was introduced, old problems still persist, old cleaning systems still used, similar designs used, the robots are not fully autonomous, same engineering materials used (i.e. plastics, low grade electronic components, no sealed bearings, etc.) and I can go on and on. The Roomba 700 series is ONLY an evolutionary upgrade to the Roomba 500 series with a few MINOR improvements not worthy of the hefty "upgrade" price. What were the iRobot engineers thinking? Were they led by the stern looks of their "bean counters"? I know that the world wide economy is currently inside the same garbage compactor 3263827 that our Star Wars friends were stuck once but that does not excuse anyone from not using their brains to introduce new ideas, solve old problems and create a better world. iRobot engineers could have stepped up things by creating a fully autonomous floor cleaning robots in the likes of the great Karcher RC3000 but with an improved floor cleaning mechanism that makes use of better materials & electronic components. Currently the Roomba cleaning mechanism works well but some very well known problems have to be addressed (introduce sealed bearings, a mechanism or materials that will make wound up hairs a thing of the past for the robot owner, autonomous self cleaning, etc.). This robot does not have to be very smart but just be more efficient and fully autonomous; this is what the people need and want! 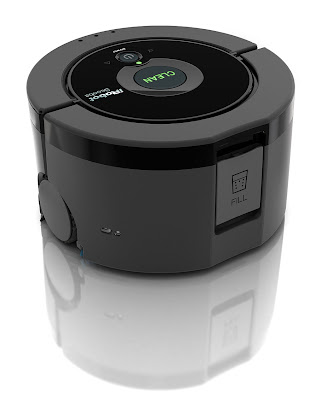 In the case of the Scooba 200 series I can say that it is a "new" product but with a very finite use (i.e. cleaning behind toilets) with a hefty price! What would have been revolutionary from iRobot was to create a transformer-like Scooba that the "little" guy could fit into; make it sit in the center of a regular sized Scooba. This way the new Scooba-duo could clean your living room, large kitchen and bedrooms without problems but can also provide the ability to just take out the "smaller" Scooba from the main robot to clean smaller areas. This will minimize the need to have individual robots for individual tasks. The engineering behind such an idea is not impossible and should not introduce high costs; it will only cost the imagination and the will of iRobot engineers to create something like this. I may need to send some Lego Mindstorms NXT kits to them for inspiration to CES 2012! iRobot, you can do better.
Inspired by Nikolai Tesla at 4:58 PM 2 comments: